Where did this last year go? 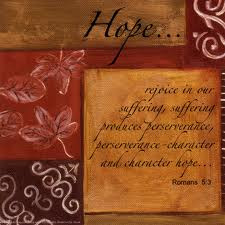 I am so excited about 2013. I am full of hope for what's to come for both me and my family. Before writing this post I went back and read my posts from January 2012. Apparently, I was really excited about 2012 as well. LOL! I cannot believe I was only 24 lbs. away from my goal weight. The reality of that hit like a brick! What did I do with 2012? Where did it go?

For our family 2012 brought a lot of positive changes and was one of the busiest years of our lives. A move, a vacation, two (completely) broken vehicles, one new vehicle, a job change for me and full time work for Jason, Jason completing his Associates Degree, Jason completing the Reserve Academy for the City of Prineville, the loss of a family pet, two new family pets, running Circuits in the Park and a childcare through the Summer, and the list could go on and on.

For me personally, it was a really tough year. So many old habits and addictions fought for control over me. My flesh was weak and I gave into many temptations. As I began 2012 I was convinced I had overcome this life long battle. I believed I was free from this stronghold. My naivety begged me to loosen my grip. As I began loosening the reigns, in the name of balance, my old struggles came rushing in like flood waters. I had lost my resiliency. So I find myself in a much different place than I had hoped to be by this time.

Not to fret, life is a journey, and it is not over yet. 2013 starts with Grace and is filled with Hope.