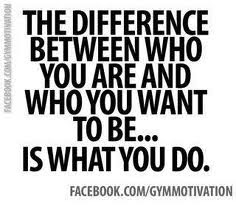 Before we begin our circuits in the park I thought I would give you some information on why they are one of the most effective ways to exercise.

The following excerpt is from www.webmd.com.

Take a Shortcut to Fitness With Circuit Training

Westcott cites the "classic" Cooper Clinic study done in 1982, which studied the effects of doing a circuit workout three times a week. The study had 77 participants, who were divided into three groups.
"One group did not train at all," Westcott says. "One group just did the weights. And the third group jogged in between the weight sessions."
Not surprisingly, the group that didn't train saw no improvement in its cardiovascular fitness. The weights group improved cardio fitness by 12%. And the weights-and-jogging group improved 17%. (The weights group also improved strength by 17% and the weights-and-jogging group improved strength by 22%.)
According to Westcott, a circuit workout improves both strength and endurance, and jump-starts metabolism.
"When those women leave the gym, they are still burning a third more calories than they did in the workout -- and this goes on for hours!" he says. "Once you build muscle, muscle burns more calories [than fat], so you continue to burn more."
Although weight training has traditionally been a male pastime (think Ah-nold), it's important for women, who tend to lose muscle mass at the rate of 1% per year in their late 30s and 40s. This muscle often gets replaced by fat. But you need muscles to cushion joints and help protect against osteoporosis, among other benefits. That's not to mention the trimmer, tighter appearance you'll gain by toning up.
Circuit training works because it's short and sweet and people actually do it. (Many gyms, as well as a chain called Health Inspirations, offer circuit training to both sexes.) "It's brief, it's basic, it's consistent; no frills, over quickly" is how Westcott puts it.

This next excerpt is from www.fitnessmagazine.com:

Why We Love Circuit Training