The Reward is Worth The Fight 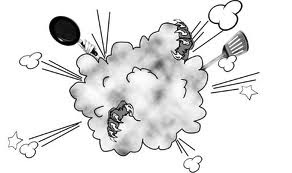 Apparently, I'm not finished with this emotional journey and just when I think I am, another layer is revealed to me.  A friend said to me last week. . . "We aren't finished until we die."  What a true statement.  Somewhere along the way, I bought into the idea that once my weight is off all my struggles, internally and externally, will be gone.  My weight has been the biggest hurdle of my adult life.  Life is a journey and we won't be done until we die.  I will push on and work on myself until the end.  I will become more knowledgeable and therefore have more wisdom.  God will continue to shine a light on areas that need to be worked on.  As Philippians 1:6 says, "being confident of this, that he who began a good work in you will carry it on to completion until the day of Christ Jesus."

Last week was an extremely tough week emotionally, physically and spiritually.  It was a trifecta.  Without making any excuses, I caved.  I folded under all the pressure.  I have said before that this journey has had many layers and as I work through each layer another one is exposed.  This last week I learned that part of my over eating was to punish myself.  It was to make my physical body feel as bad and as ugly as my internal self.  Last week I was feeling undeserving and worthless and quite frankly, pitiful.  With all those emotions running rampant, I caved.  One night I layed in bed asking myself why I would do this after such a long and successful journey.  That's when I had an "ah ha" moment.  I was trying to make myself feel, physically, as bad as I felt emotionally.  I'm not beating myself up though.  I'm actually glad I had that experience.  It showed me something new that I can be aware of.  It showed me another truth of what took me to over 300 lbs.  I know how to defend myself against that monster now.

Because of this I decided not to weigh on Saturday.  I WILL weigh this Saturday and no matter what it says I will be proud of this week.  I've picked myself back up and am back in the fight.  That's what it's all about, right?  Standing back up and continuing to fight for what you want and what you know is best for yourself.  No giving up. . . just learning and moving forward.  There's nothing easy about a battle, but the reward is worth the fight.
Posted by Unknown at 7:34 AM