Can A Lack of Sleep Cause Weight Gain? 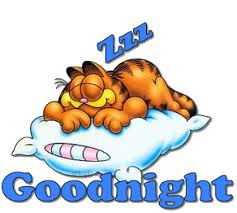 As you all know I watch The Biggest Loser every week. Last week the contestants were whisked away to Camp Pendleton. They were going to be in boot camp for the entire week. They didn't get much sleep, their bodies were pushed to the point of break down and the military didn't offer food beneficial to weight loss. The majority of the contestants did not have good weight loss. In fact, three of them gained weight. There were several reasons given by the trainers. The one that caught my attention was the lack of sleep the contestants had that week. In fact, the trainers mentioned it multiple times. Jillian Michaels has also mentioned it several times on her website. So I thought I'd do a little research myself.

Here's what I found:

Metabolism and weight: Chronic sleep deprivation may cause weight gain by affecting the way our bodies process and store carbohydrates, and by altering levels of hormones that affect our appetite.

Losing weight while you sleep might sound like a dream come true for dieters who work out and count calories but still struggle with stubborn pounds. Research studies published in the "Annals of Internal Medicine" and the "Journal of Clinical Endocrinology and Metabolism" indicate that the amount of sleep you get affects your appetite--and, consequently, your body mass index, or BMI. However, for many people, getting enough good sleep poses as much of a challenge as finding the time to exercise.

When you get a good night's sleep--at least 8 hours--your body produces the hormone leptin, which regulates your appetite. With enough leptin, you will feel full and satisfied after a meal. Adequate rest also regulates the hormone ghrelin, which increases appetite. Skimping on sleep reverses these positive effects, with a double whammy of less leptin and more ghrelin, so you feel less satisfied after eating and eat more food more often.

Researchers at the University of Chicago have found that partial sleep deprivation alters the circulating levels of the hormones that regulate hunger, causing an increase in appetite and a preference for calorie-dense, high-carbohydrate foods. The study, published in the 7 Dec. 2004 issue of the Annals of Internal Medicine, provides a mechanism linking sleep loss to the epidemic of obesity.

The study volunteers, all healthy young men, reported a 24 percent increase in appetite, with a surge in desire for sweets, such as candy and cookies, salty foods such as chips and nuts, and starchy foods such as bread and pasta.

"This is the first study to show that sleep is a major regulator of these two hormones and to correlate the extent of the hormonal changes with the magnitude of the hunger change," said Eve Van Cauter, Ph.D., professor of medicine at the University of Chicago. "It provides biochemical evidence connecting the trend toward chronic sleep curtailment to obesity and its consequences, including metabolic syndrome and diabetes."

This was good for me to read because sleep has never been on the top of my priority list. I am a night owl. So, it's off to bed earlier than usual from now on. I need all the help I can get with my weight loss.
Posted by Unknown at 12:16 PM

Through my weight loss journey over the last 4 years I can absolutely testify that this is true! Sleep is a HUGE component of weight loss! My goal is 9 hours a night but I can get by on 8 too. Any less than that and I don't get up early to do my cardio because I have experienced that it almost ranks as high as the progress I received from doing cardio. In fact, one week, I did very little cardio, maybe 1 day in 7, but I slept well (like 10 hrs/night) and lost more weight that week then I had seen in awhile. Of course there are always the exceptions, like an overdoes in carbs, putting you into carb-acoma, doesn't count as good quality sleep! lol I also try not to eat anything after 7pm. In fact I try to make my biggest meal, breakfast. Okay, I'm taking rabit trails now! Anyway, thanks for sharing your journey so publicly, it encourages many of us! YOU CAN DO IT!!!!!!!!!!! :)