This Could Get Ugly 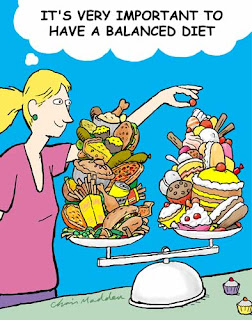 Yesterday I blogged about self soothing and rewarding myself with food and it turns out I learned a whole lot more about myself as the weekend went on. Last night Jason & I sat down and dove into what happened. I had some astounding revelations. What I would call Aha! Moments. As the conversation went deeper I discovered I didn’t even know I was pushing emotions down with food until I sat down to blog about it yesterday. I discovered I don’t know how to let myself feel things and to cope I numb myself with food. For instance, when I was anxious Friday night about the run the next morning, instead of feeling those emotions I suppressed them with cake & cookies. The problem is I unconsciously sabotage myself. If Jason had come to me and said I don’t think you should be eating that or do you really want to eat that I would have told him to leave me alone. I lie to myself and say that I just want the food. Nobody better get in my way, I just want to eat. In the past my mom asked me things like, “Do you really want that much ice cream?” My immediate emotion was anger. Don’t watch what I’m doing. Don’t judge me or criticize me. I want the ice cream and yes I want this MUCH ice cream. It’s a rebellious attitude that comes out. I was putting on a facade of being in control. I had myself and, I thought, everyone else deceived.

On Saturday after the run, I rewarded myself all day. I was supposed to do my circuits on Saturday, but instead I laid on the couch and watched two movies and ate. I was rewarding my accomplishment with what I used to love. I didn’t realize that’s what I was doing until I started to analyze it. On Sunday I was so upset with myself for what I had done over the past two days all I wanted to do was eat to numb my anger. By this point I knew a little of what was going on so I didn’t eat at all. In fact I didn’t eat anything until 4 o’clock in the afternoon. I was so hungry I wanted to eat everything in sight and was feeling very weak.

The conclusion is, nobody goes into war without a battle plan and this is war! One day a week I allow myself to eat something I have been wanting all week. Inevitably it turns into a weekend of it. Jillian Michaels says that I need to keep boundaries when doing this. I need to keep my calories under 2000 that day & choose only one thing that I’ve been wanting. I need to look at my week, decide which day I will allow myself more calories and plan what it will be. I need to go into this with a battle plan.

I’ve heard it said a thousand times. You need to let yourself feel things. You need to face your emotions and not suppress them with food. That has always sounded too cliché. As it turns out, it’s true. I need to be aware of what I’m feeling at all times. I need to face the emotions, bad or good. In order to succeed this time I have to stay aware of what I’m feeling and deal with it rather than eat. When I was having panic attacks and a lot of anxiety I learned to cope through self talk. I would have to talk myself down off the ledge, per say. I need to translate that into what I do with food. When I’m feeling the emotions I will talk myself through them. When I’m standing in front of the refrigerator and it’s not time to eat or I want to eat the wrong things, I need to do an emotion check. What am I feeling? Is it triggering this hunger? Am I eating to suppress something I don’t want to deal with? I’ve never faced this so I’m not sure what’s going to happen. No, I’m not sure how I will handle emotions I’ve never dealt with. If I’m not pushing them down with food then what do I do with them? Watch out world. . . this could get ugly!!
Posted by Unknown at 9:21 AM