One Of The Coolest Things Yet 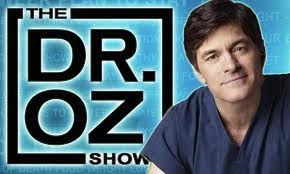 I received a call from one of the Associate Producers at the Dr. Oz show. I know, how cool is that?!?! I answered the phone amidst noise and talking children thinking it was another one of the Election Poll calls. I had a frustrated tone when I answered, "Hello?" She introduced herself and the girls and I stopped and stared at the phone. She and I went on to have a conversation about my weight loss. They were looking for people who have lost significant amounts of weight and have done something they have never done before, wore something they were longing to wear, or were able to do something they used to do before the weight, etc. I talked her through everything I have done so far and she already has people who have done those things. It would have been so cool to be on the Dr. Oz show, but it did not work out this time. Maybe I will have the opportunity again. It was so cool though!!