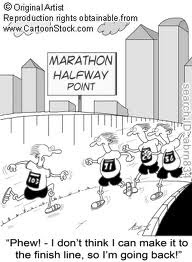 Saturday, July 30th, I decided to tackle a 12 mile run. My brother, Martin, was going to be in town for my Grandfather's memorial service so I invited him to join us. We've been trying to run together for some time now, so when he agreed to run with me I was thrilled. Friday night we sat down to map out our run. I started to work up some routes and talk him through them, when he informed me that he doesn't run on streets. He ONLY runs on trails. I glared at him, looked back at the computer and pounded out the words, trails in bend or. (I don't like running on trails because they can be really rough on my knee and I'm nervous about rolling my ankle.) Of course, since I'm the oldest, I gave in to my younger sibling's desire. :) We settled on the Brooks Scanlon Rail Trail.

Being ignorant of most of the trails in the Central Oregon area I headed towards Shevlin Park with anxious excitement. I had done my normal prep. I ate a Clif Builder Bar and drank some water about an hour before the run. My arsinol was loaded with water and raisins; I was ready to go. We started out chattering and commenting on how beautiful the landscape is and how beautiful the morning was. All the while I'm thinking to myself, "This first mile is kicking my tail. I normally rock the first mile, but something's different this time." Then I noticed we had been running a slight uphill grade for the first mile and it didn't look like it was ending soon. As we approached the end of the pavement we looked around for a clue as to where the Brooks Scanlon Rail Trail began, when I started feeling critters all over me. I looked down and mosquitos had attacked. They were all over any skin that was exposed. I began smacking them and as I glanced up noticed Jason & Martin doing the same. I said, "We've got to keep running or we'll be eaten alive!" We quickly decided we would continue straight on the dirt trail before us and took off.


Before we knew it the trail was taking us up a steep switch back incline. Martin turned around and ask, "What did you get us into?" I laughed and said, "I have no idea." Still so naive about what we were in for. We came to another point where we had to decide which way to go. We noticed a service road near us and decided to go that way. Once again, we were running on quite an incline. I kept telling myself to keep putting one foot in front of the other. By this point we had been running up hill for about 3 miles. I smuggley said, "Just remember when we turn around it's all down hill," as we came to the top of the hill. Finally, we had some relief! We started on the down hill and before we knew it we had been running for another 3 miles or so. It felt so good. I guess at some point on the down hill Martin asked Jason if we should go ahead and turn around because the run uphill was going to suck and he didn't want to do more than he had to. Jason said, "No, let's keep going." I wasn't apart of that conversation otherwise I would have sided with Martin. :)

When we finally came to the turn around point I drank some water and ate my raisins because I knew we had to run back up that hill. It was quite a struggle. It seemed as steep as Pilot Butte. It was such a mental battle to get myself up that hill. I had to walk parts of it. I kept my heart rate up but couldn't keep up the running. Once we got off the service road it was down hill again. We were concerned about falling because the trail was made up of really soft dirt and lots of rocks. We laughed and cut up while we ran down it. At one point Jason was about 20 ft in front of Martin and Martin was about 20 ft in front of me. Jason had tripped over a rock and stumbled but didn't fall. Martin exclaimed, "Good save," then thought,  "I should warn Sandy to watch out for that rock." Except. . .  he didn't. All of a sudden he heard a thump. When he turned around all he saw was a plume of dirt. Yep, it was me. Laying face first in the dirt. I was fine. My knee and my forearm were bruised and cut up and I was covered in dirt. After convincing them I was fine, I picked myself back up and said, "Let's go." I wore those bruises and cuts like a badge of honor. I couldn't wait to show them off. As we came to the pavement again, Martin told me he couldn't believe I had picked this trail out. He told me that it would have been categorized as Technical and VH for very hard, in runners magazines. He told me it was crazy and that he doesn't run on this kind of terrain. I laughed and said, "I don't run this kind of terrain either. If you had just let me run on the road it would have been a different story." He shot me a classic Martin look. As we finished up mile 11 my hamstrings started cramping. So much so that I finally had to walk because they were hurting so badly. I finished the last mile walking, which was very disappointing to me. During the last mile I began experiencing "runner's trots". When I came to the end I ran to the outhouse. I began feeling very light headed. I kept telling myself I was fine, it was just hot in there. When I stood up to leave I felt like I was going to pass out. I stepped out of the outhouse and despite all my mental battles couldn't figure out how to get myself to the van, so I laid down. Within just a few minutes I was able to stand back up and get myself across the street. As I approached the van I told Martin I wasn't doing well.  He handed me his water and told me to start drinking immediately. He also handed me a banana and told me to eat it quickly. I could hardly focus. It took me about 5ish hours to start feeling somewhat normal.
One interesting thing that happened was we passed some runners on our way back up the service road. When Martin and Jason got back to the parking lot they were there. Apparently the service road continues on and brings you back to Shevlin Park. They told Jason & Martin that they couldn't believe we turned around. I think they thought we were crazy. She heard that my hamstrings were cramping and told Martin that I had depleted my body entirely of sodium and carbohydrates. She told him to get sodium in me as quickly as possible.

The guys drove me to the nearest convenience store and had me start chugging Gatorade recovery. I kept telling them, "No I can't drink it until I get home and weigh." My brother in his frustration said, "Sandy, I'll let you take two pounds off if you just drink the stuff." We all got a good laugh on that one.
I can now say I've run a very hard trail. I can also say that I don't want to do it again!
Posted by Unknown at 4:26 PM